Founded in 1887 and based in Effingham, Illinois, John Boos is one of the oldest manufacturers of premium quality foodservice equipment and butcher blocks in the country.

It was in his Effingham blacksmith shop that founder Conrad Boos developed what would become the original Boos Block. Having harvested sycamore from local wooded areas, Conrad then processed it in his sawmill and brought it to his blacksmith shop for finishing. That first block of sycamore slab placed on three legs would function as a block to absorb the shock of a smith’s hammer against the anvil. A local butcher, having seen and admired Conrad’s block, became intrigued and requested one for his meat market. Conrad’s son, John, would fulfill the request and, in turn, take the John Boos brand into the infancy of its more than 130-year reign of serving customers in the commercial market sector. 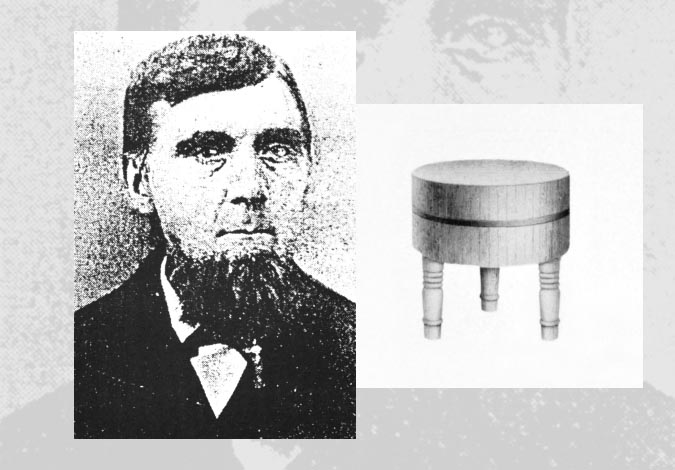 Founder Conrad Boos harvested Sycamore from wooded areas around Effingham, IL, processed it at his sawmill, and then brought it to his blacksmith shop for finishing. The first innovation was a sycamore tree placed on three legs to absorb the shock of the blacksmith’s hammer against the anvil. When the local butcher saw and admired the innovation, he realized that he could use one in his meat market. Conrad’s son, John, adapted the idea and handcrafted himself his own butcher block. 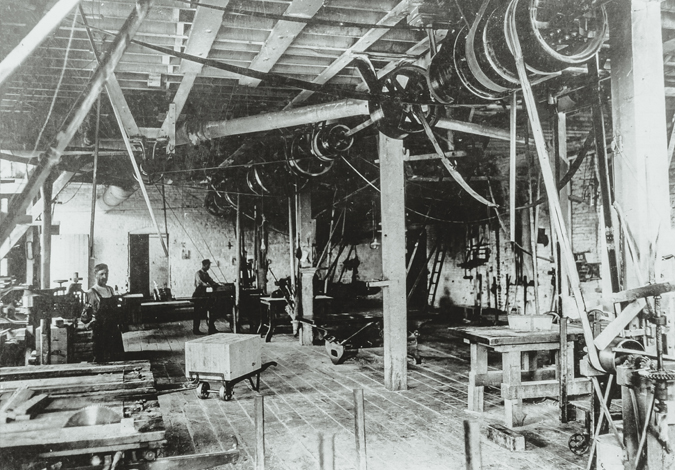 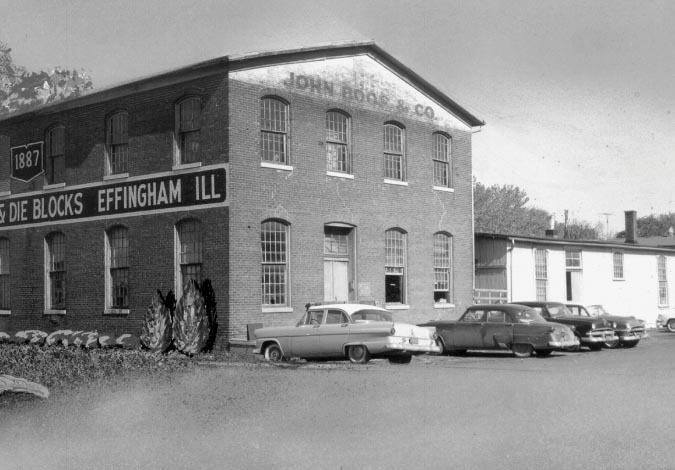 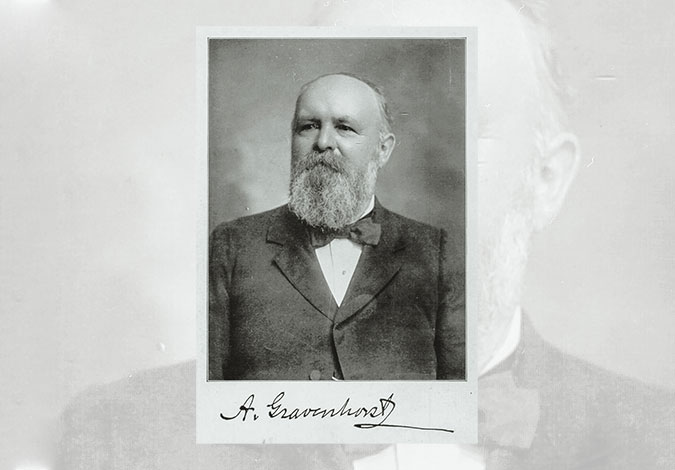 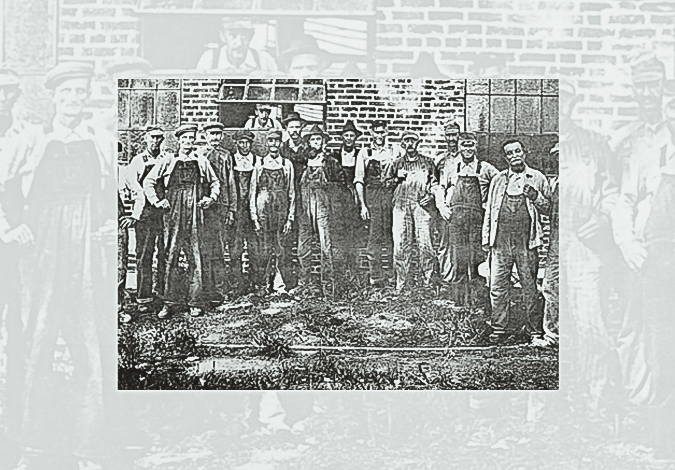 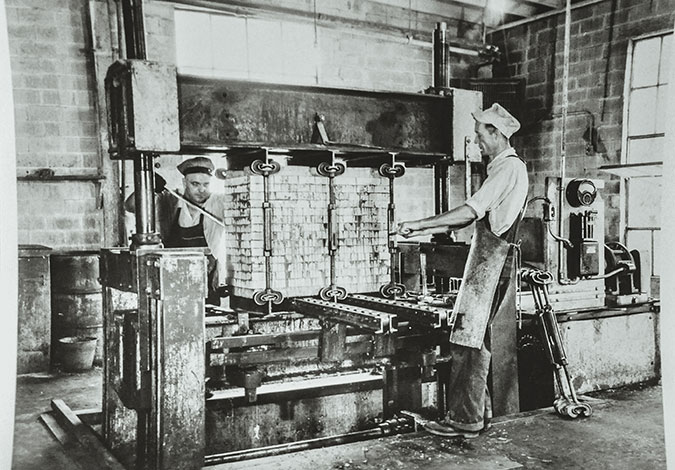 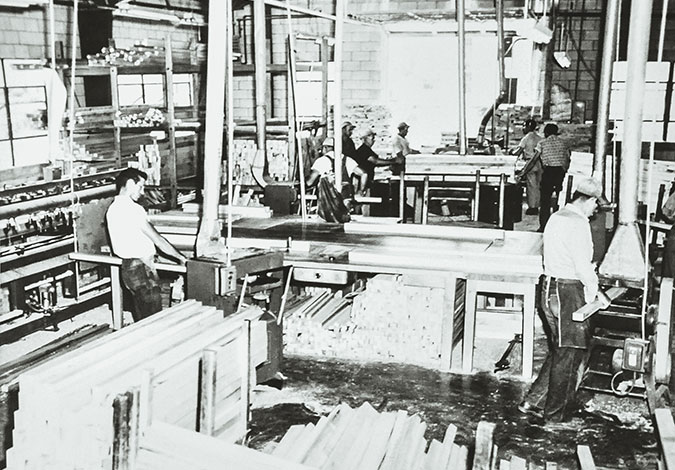 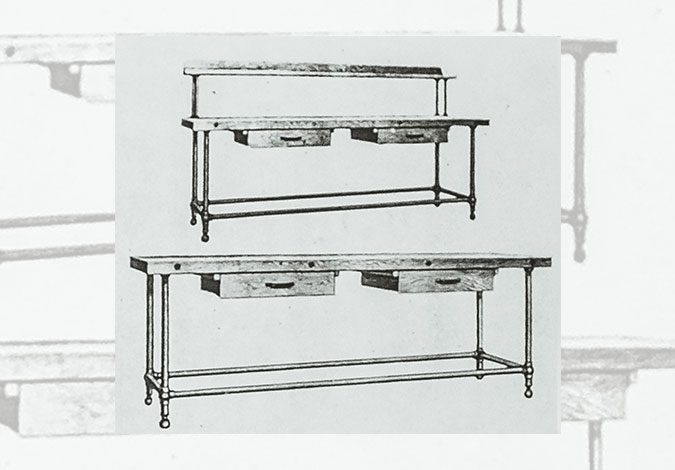 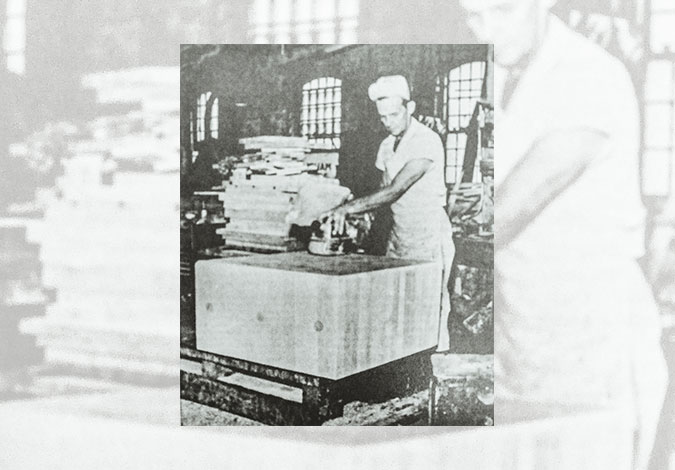 John Boos & Co. reaches 100 employees. Customers continue to successfully grow in the foodservice industry as well as in the residential home market. 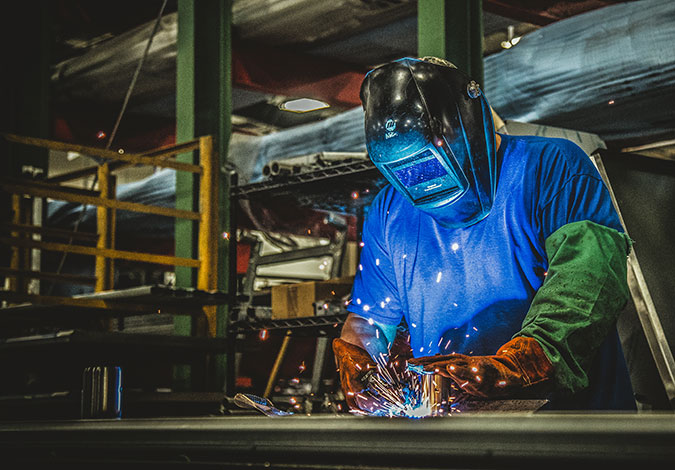 John Boos & Co. metal plant burns down and is promptly rebuilt to meet the demands of stainless steel manufacturing. 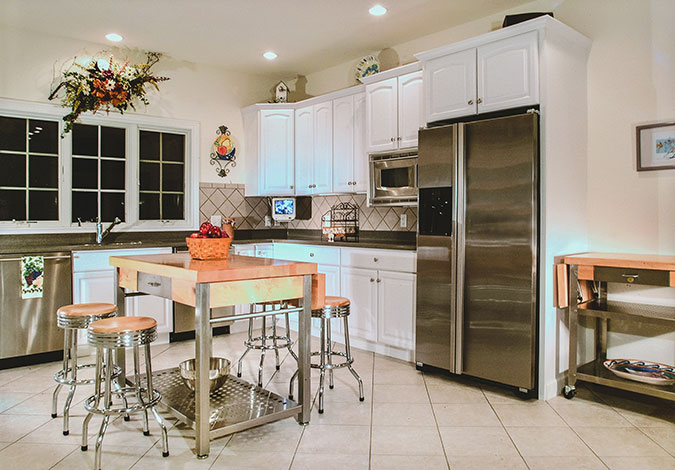 Stainless steel becomes popular in the kitchen with Boos Block Cucina Americana roll out consisting of integrated maple and stainless steel kitchen carts and worktables for the residential industry. 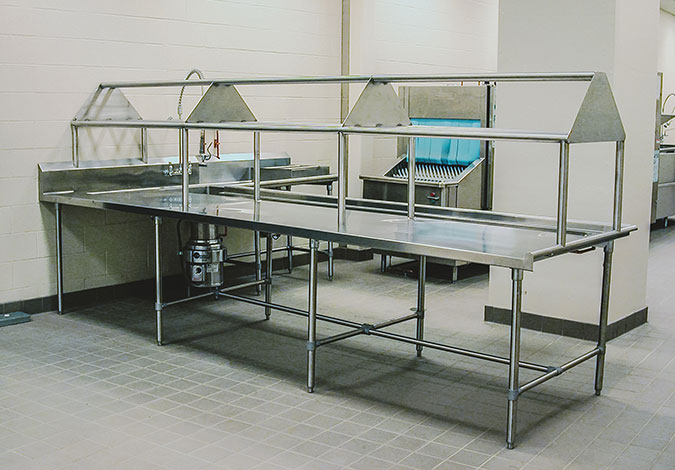 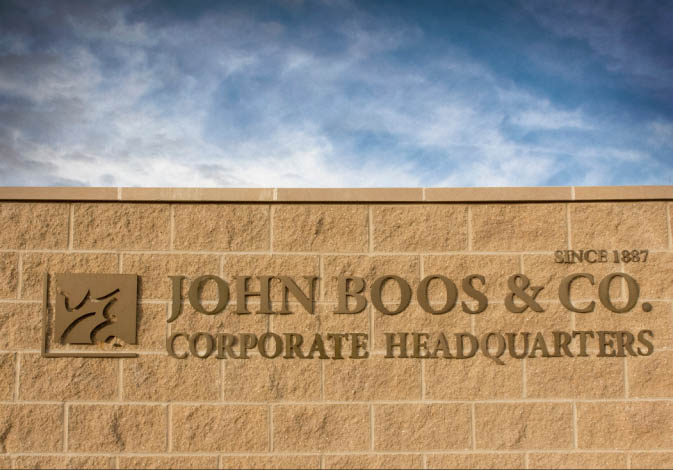 John Boos & Co. celebrates serving their customers for 125 years and expands its markets for commercial and residential customers, and seizes new opportunities. Both wood and metal facilities reach milestones with production output. The company expanded with a move to a new corporate office of nearly 87,000 square feet combined with a new metal plant facility in Effingham, IL. 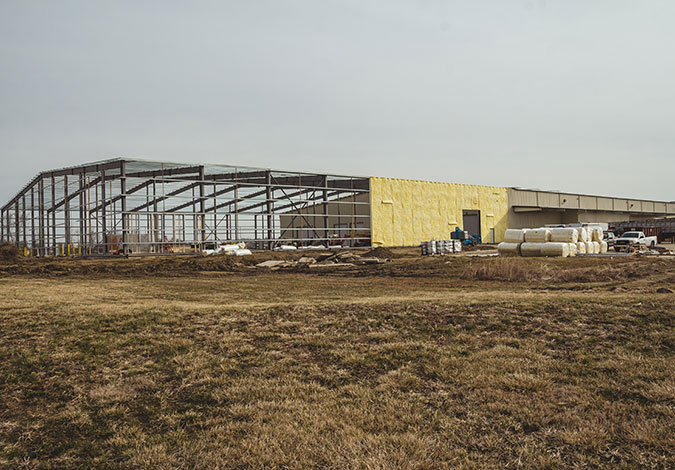 After inhabiting the John Boos metal plant on S. Banker St. for three years, a new 42,000 square foot addition is added to the west side of the complex. 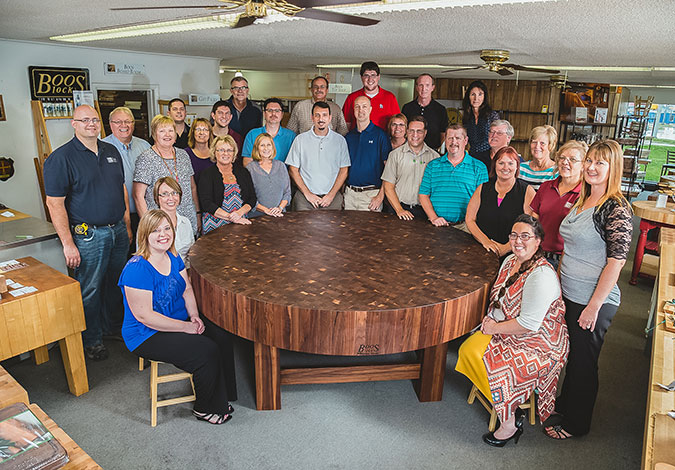 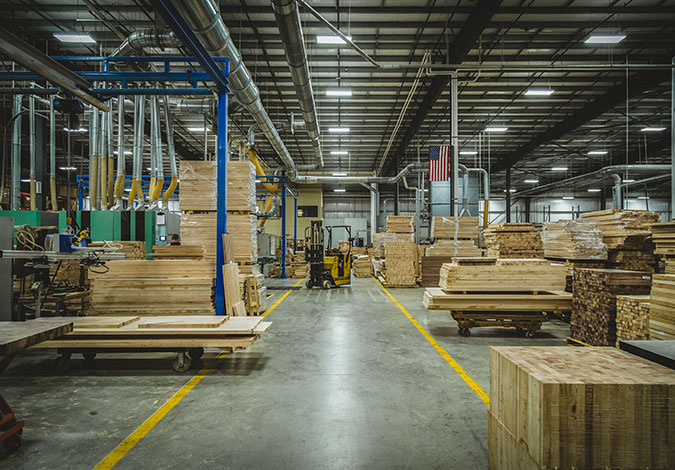 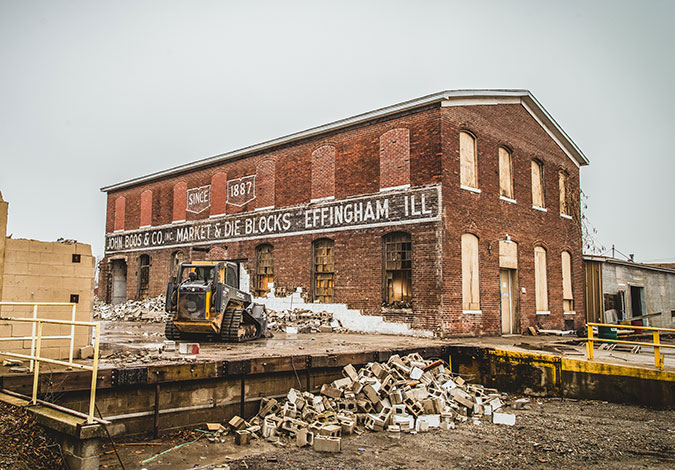 The old wood plant, outlet store, corporate office and other John Boos buildings at the corner of S. Willow St. and E. Fayette are torn down after the new wood plant construction on S. Banker St. (Shown In Photo) The Factory Showroom & Outlet triples in size and a large sign marks the new location visible from Interstates 57/70 in 1703 Avenue of Mid-America, Effingham, IL. Showcased in the Factory Showroom is one of the original Boos butcher blocks that was crafted in the early 1900’s, and a history timeline shows information on the company’s beginnings from 1887 through to current day. 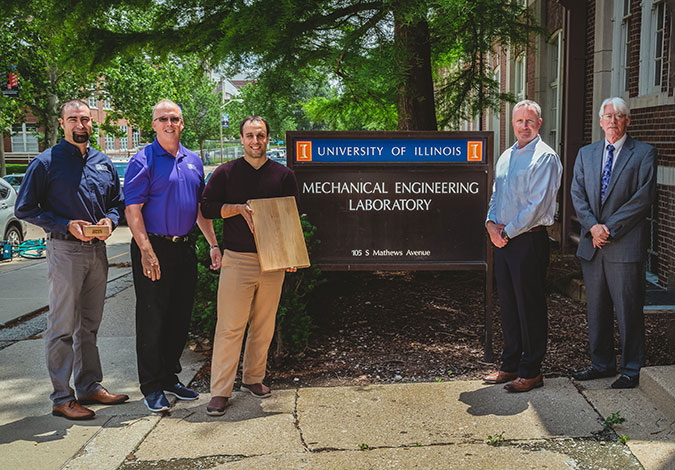 New research out of the University of Illinois adds further credibility to the hygienic benefits of using Boos Block® cutting boards. The new study conducted by Mechanical Science and Engineering Professor Nenad Miljkovic and his research laboratory at the University of Illinois, found that the NSF listed Northern Hard Rock Maple cutting boards by John Boos & Co. kill bacteria. Data gathered by the team concluded that application of the NSF listed Boos Block Mystery Oil and Board Cream on the boards created an “antimicrobial, hydrophobic surface that decreased their surface bacteria to a ‘clean level’ in just three hours” without using recommended board cleaning procedures. 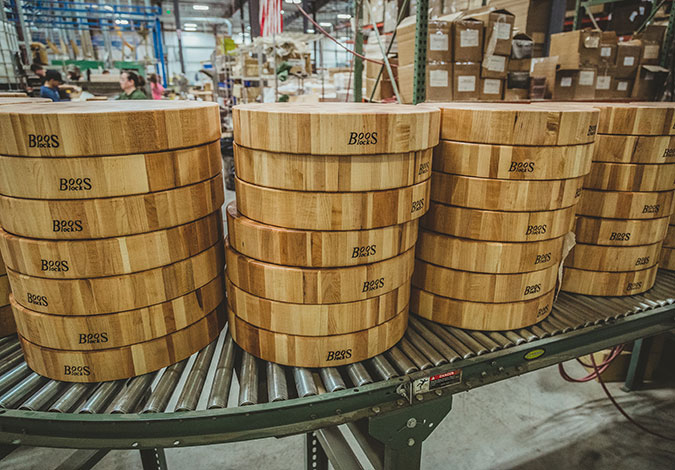 John Boos & Co. adapts and changes throughout 2020 as the shifts of the year present challenges during covid-19. A new emphasis is placed on cooking family meals at home. Boos Block cutting boards fill the demand for durable and sustainable hardwood prep surfaces. John Boos & Co. supplies stainless steel worktables to a temporary pop-up hospital and manufactures hygiene products such as mobile hand wash stations, hygiene stations, sanitizer stands, and worktables to assist in the demand of the pandemic.