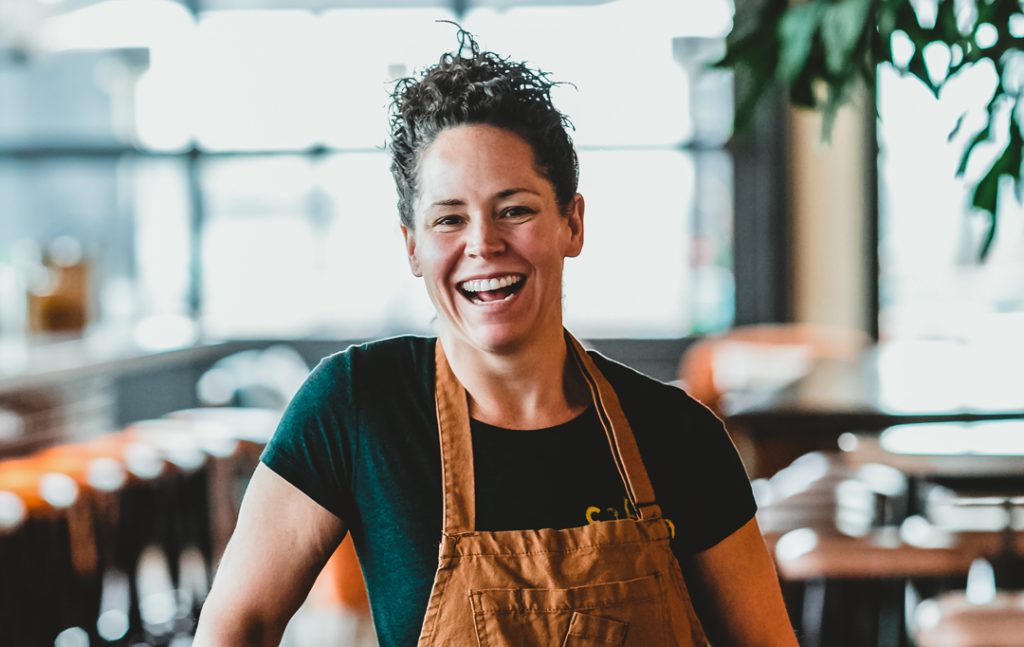 Stephanie Izard is the Executive Chef and Owner of five Chicago restaurants: Girl & the Goat, Little Goat, Duck Duck Goat, Cabra, and Sugargoat, along with the forthcoming Girl & the Goat in Los Angeles.

Additionally, Izard is the Founder and CEO of a retail product line called, “This Little Goat,” consisting of globally inspired cooking sauces, spice mixes and most recently, everything crunches. Distribution for the brand is rapidly expanding at a national scale, and she’s excited for the year ahead. Visit www.thislittlegoat.com to order and for more product information, including a retail locator.